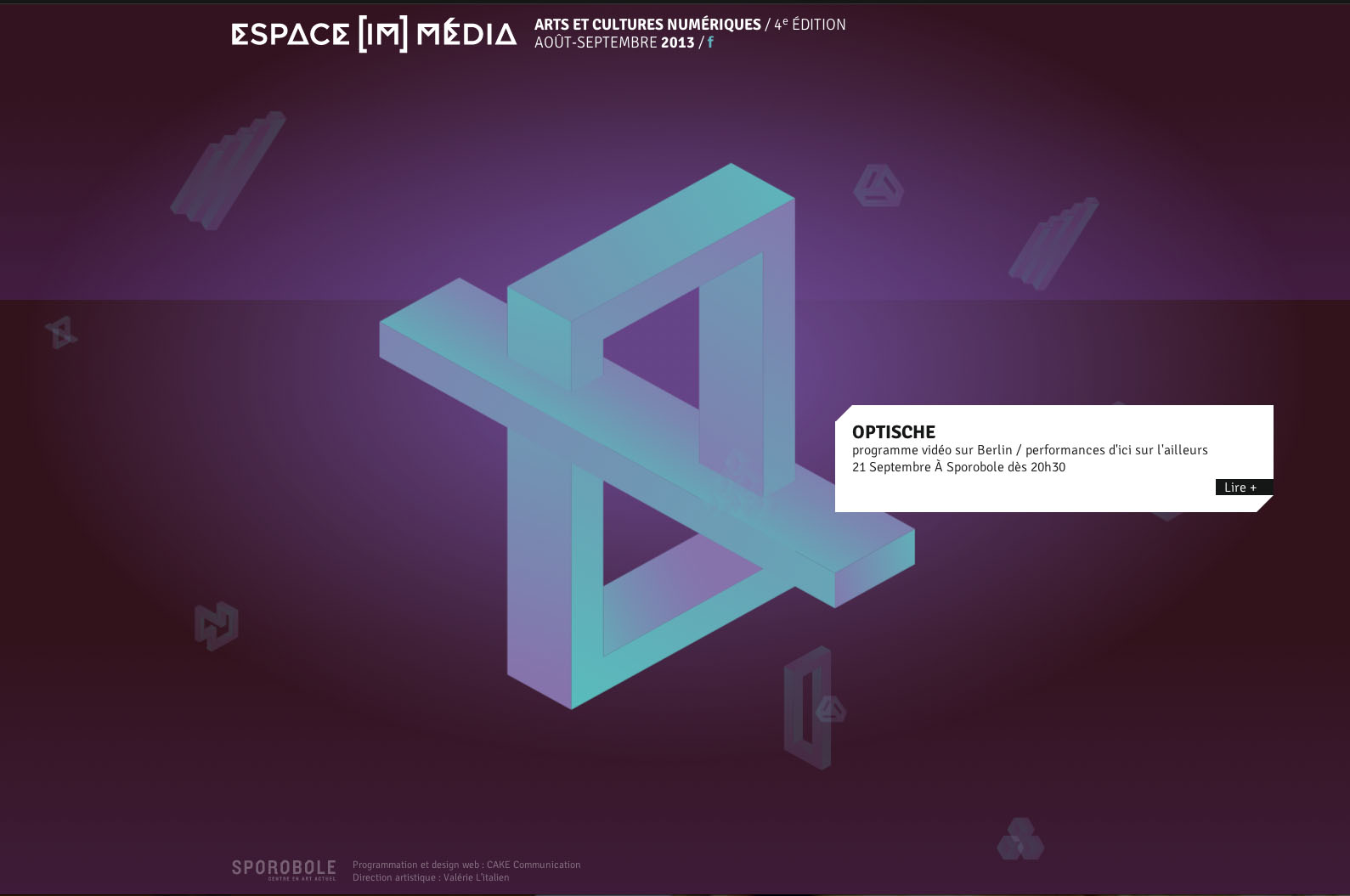 The festival ending party is a two parts evening : A Berlin video art program and two live audiovisual performances by James Partaik and Christian Messier.
Optische presents a panorama of contemporary Berlin video. Located at the crossroads of eastern and western Europe, Berlin is a city-state which opened up to the rest of the world in dramatic fashion with the fall of the Berlin Wall in 1989. Since that date, Berlin has attracted hundreds of artists from Germany, the rest of Europe or elsewhere who have come to establish permanent or temporary residence. More than 5,000 professional artists are listed on the website Berlin.de. Berlin’s arts scene is vast and eclectic, and this program provides an overview of this diversity through art videos made in whole or in part in the capital. The program includes the works Winter Crows by Dan Hudson, Knallerbsenbusch (in the bushes) by Juliane Ebner, Urban scene XII : petrol station by Ninia Sverdrup, Little Chance : Water Walk (after John Cage) by Dominic Hislop, Flux by Kostas Makrinos, iTouch by Ivar Veermae, Live in the egg by Andreas Karaoulanis, DSDM (Deutschland sucht den Megastar) by Philippe Internoscia, Person #21 by Karin Felbermayer, Expired by Maryna Makarenko and Zelebration postsowjetischer hoerigkeit (Celebration of post-soviet bondage) by Evy Schubert.

The running time of the program is 40 minutes.

Sébastien Pesot completed a master’s in visual art at UQÀM in 2000. His solo work has been presented recently at the Maison de la culture Frontenac (2013) and at the Joyce Yahouda Gallery (2012). He works principally in audio- video installations, but also in performance and photography. He is the founder of the Espace [IM] Média festival and teaches at the Université de Sherbrooke.